The term “as easy as pie” first coined in 19th century America refers not to the ease of making a pie, but rather to the ease of eating one. While there is no question about the ease of eating a delicious homemade cherry pie, many people avoid making one because they believe the task to be difficult. Not so! Today’s supermarkets are filled with high quality pre-made baking ingredients that make the job of putting together cherry pie as easy as one, two, three and four. Clear directions for each of the steps to make this simple, yet tasty, pie are provided below. For an even more special treat, top off the dessert with a giant scoop of vanilla ice cream! What could be easier or more delicious? Feel free to spread the wealth by downloading and sharing these amazing health facts – that’s what they’re here for! 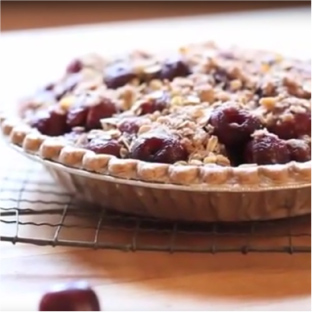